Skip to content
October 12, 2020
The Guangzhou Hengda team topped the Asian summit and won the AFC Champions League championship. On December 8, the Guangzhou AFC Champions League team will go to Morocco to participate in the World Cup. At the time, the Everest team gentlemen in VASTO Vastoâ€™s suit will present their top-class World Cup events with their refined image. 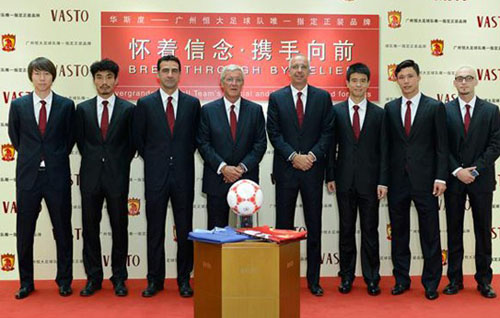 For accustomed to playing in the green field has always been a jersey appearance of stars, put on suit suits, it is also a demeanor of style, filling the infinite charm of gentlemen. This year, Warsford became the only designated official dress brand of the Guangzhou Evergrande football team, which will allow the Evergrande soldiers to display the charm of the outside of the stadium.


Many fans should be familiar with the fact that the Italian national team players are dressed in formal suits and are all-encompassing, creating a powerful gas field whenever they fly under a world contest. The handsome appearance of the players, their strong physique, and their fortitude, coupled with the formal dresses on the body, make countless female fans excited and the male fans excited.

Now we don't need to envy the Italian "male model" team. VASTO suits tailor the fusion of Western dress culture and Oriental version of the exquisite tailoring. Coach Lippi and a number of players tailored exclusive high-end suits to create infinite charm gentleman. Image. Mr. Lippi, the head coach, is particularly interested in the customization of VASTO's high-grade leather shoes. For many years, especially in football, his feet are vulnerable to injury. A pair of matching shoes is particularly important. Custom footwear masters used professional instruments to measure Mr. Lippi's feet. According to the accurate 3D stereoscopic data, Mr. Lippi created a pair of matching shoes. 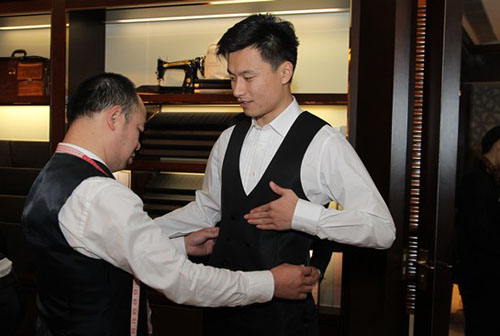 The bodybuilder tailored for Yulin

According to report, on January 18, 2014, Guangzhou Evergrande star Yulin will hold a wedding with his wife Wang Chen in Sanya, Hainan. VASTO also sponsored Yulinâ€™s custom wedding dress worth RMB 300,000. Vasto's bodybuilders also invited Qulin to tailor the dresses for him to elaborate dresses and show the most handsome image at the wedding's happiness moment. 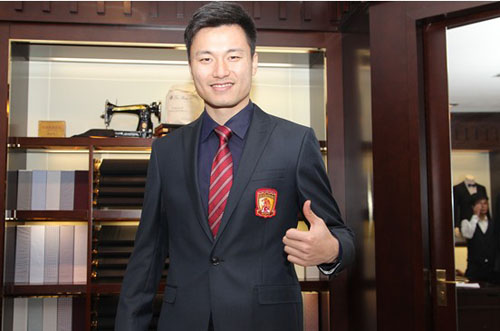 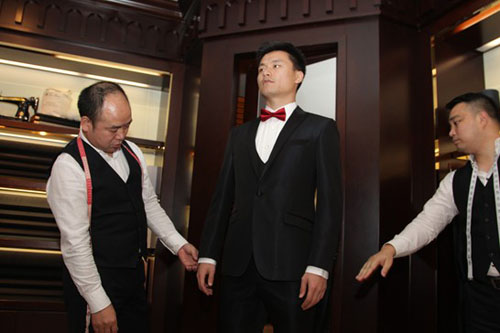