Skip to content
August 13, 2019
Summa clothing is "staking their claims." Yesterday, Summa apparel announced that the company plans to raise 100% equity of Zhejiang Huaren Industrial Development Co., Ltd. (hereinafter referred to as China Enterprise) with the proceeds of 156 million yuan and inherit the corresponding debts. 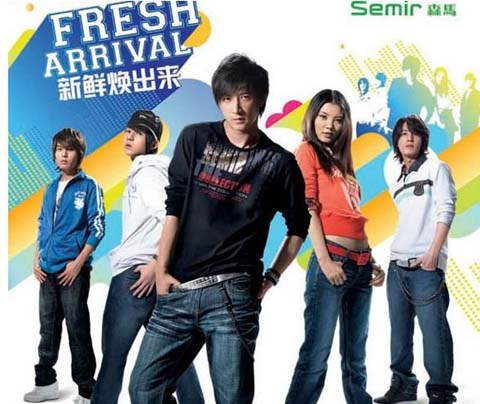 According to Semir's apparel disclosure, as of February 29, 2012, the total assets of Chinese Industrial was 17,204,000 yuan, total liabilities were 1,071.161 million yuan, and net assets were 8,995.69 yuan. Its largest asset was an investment real estate, ie located in Zhejiang Province. The comprehensive building of No. 236 Yan'an Road, Shangcheng District, Hangzhou has a building area of â€‹â€‹2627.77 square meters.

According to the evaluation report issued by Beijing Zhongqihua Assets Evaluation Co., Ltd., after assessing the Chinese industrial investment real estate using the market method, based on the premium of 839.57%, the final assessment of the net assets of the Chinese company was 49,313,800 yuan.

Surprisingly, the final investment of Semir apparel was 156 million yuan, equivalent to 3.16 times the assessed value. According to Semir apparel, this transaction is a debt-taking purchase, with 156 million yuan including a $49 million equity transfer price and a subsequent liability of $107 million.

A staff member of the Summa Apparel Office, who asked not to be named, told reporters that â€œthe valuation value of the investment real estate of Chinese Industrial was 158.879 million yuan, and the difference was not significant with 156 million yuan.â€ The person said, â€œIâ€™m Hangzhou. People, I think the location is good."

Attorney Zhang Yuanzhong stated that the companyâ€™s final investment was raised by a factor of three from the assessed value. Although it is the result of the negotiations between the two sides, there is no problem from a legal point of view. However, as a listed company, whether it can be fair and reasonable to all shareholders, whether the transaction shareholders will accept it, you need to see the vote of the shareholders' meeting.

It is reported that the shareholders meeting of the matter is scheduled on June 12.

"The shell company is better"

According to the evaluation report released by the Chinese industry, "starting from 2012, companies began to reduce their trading operations and stopped completely in February 2012."

In response, the above-mentioned staff said that Summa was using the end of February as a benchmark to talk about the transaction price. Before the company's situation was not clear, it was unwilling to blend. â€œThere is no reason for whether or not there are assets, which means nothing to us. If it is a shell company better."

Zhang Yuanzhong stated that since the Chinese industry is not a listed company, the situation of its assets is not simply a matter of several data, and it is difficult for private companies to say anything even if they have done asset transfer, such as shareholder dividends, capital reductions, etc. However, since the benchmark date for asset assessment is at the end of February, this phenomenon has no effect on listed companies.

The Baby Booties of JNPFOOTWEAR  are made of sheepskin. We choose the soft sheepskin leather for our baby booties, so it could be easy to wear.

Feel free to let us know which kinds of sheepskin baby booties would you like, there might be something fit for your markets. And our developing teams also like to work with you for new styles of baby booties.