Diamonds are fascinating, and the history of a diamond intertwined with legends and superstitions adds to the mystery of diamonds. The history of diamonds is also a microcosm of the history of human civilization. It is only briefly outlined here, with the aim of providing a brief clue to the diamond appreciator.

Inheriting the past - Brazil

India's diamond production peaked in the seventeenth century, with an annual production of about 50,000-100,000 carats, of which only a few reached the gem level. Since then, diamond production has fallen rapidly. From 1725-1730, the annual diamonds shipped from India to Europe were only 2000-5000 carats. The European diamond industry is facing unprecedented challenges. Fortunately, in 1730, on another mainland far from Europe, South America and Brazil discovered diamonds and quickly replaced India as the largest diamond producer. In the 140 years of 1730-1870, diamonds from Brazil dominated the world's diamond market. Its output peaked between 1850-1859, with an average annual production of 300,000 carats. Due to the abundant supply of diamonds, diamonds are no longer a luxury for the princes and nobles. As long as you have money, regardless of your status, you can buy diamonds you like in the market.

Brazilâ€™s diamonds once made the worldâ€™s diamond industry thriving, but its supply was limited. By 1861, the annual production of diamonds in Brazil had fallen to 170,000 carats. By 1880, the annual production of Brazilian diamonds was only 5,000 carats. This dramatic decline in production was imaginable for the impact of the diamond industry that began to take shape in Europe at the time. At this time, a mysterious continent - Africa came to joy. In the summer of 1866, a 15-year-old boy from Decker Farm on the banks of the Orange River in South Africa discovered a diamond weighing 21.25 carats. The diamond was later cut into 10.73 carats of oval diamonds. Named "O'Reilly". When the diamond appeared at the World Exposition in Paris in 1889, it was renamed Eureka. After the emergence of South African diamonds, a huge diamond deposit was discovered in Kimberley. From 1872-1903, the annual output of diamonds mined from various deposits around Kimberley has reached 20-30 million carats, accounting for the global diamond production. 95%. Thanks to the discovery of South African diamonds, and on this basis, the world's largest diamond company, DeBeers, was founded, which created a modern and prosperous modern diamond industry.

I donâ€™t know when Chinaâ€™s diamond history began, and there is no final conclusion until now. In the oldest poem "The Book of Songs" in China, there are records of "the stone of other mountains, which can be used to attack jade". Many scholars believe that this "stone of other mountains" is diamond. Since then, in the "Lie Zi" and "Hai Shi Shi Cha Ji", there have been recorded the "Knife with a knife and a jade", if the record is detailed, then this Kunwu sword is probably made of diamonds. of. However, the above descriptions and the resulting knowledge are only people's conjectures, and there is no clear conclusion. There is a history of clear records about the diamonds that were first recorded in Jin's "Living Note": "Xian Ning three years, Dunhuang sent King Kong, in the gold, Baitao can not eliminate, you can cut jade, out of the sky." Since then, in the "Wei Shu", "Sui Shu" and "Northern History" and other classics also mentioned that Persia has more diamonds. It can be seen that the earliest diamonds in China were not from China but from India.

At present, the Wafangdian in Liaoning, Mengyin in Shandong and the Lishui River in Hunan are important places for diamonds. In 1983, Chinaâ€™s proven diamond reserves ranked sixth in the world. At present, Chinaâ€™s diamond production accounts for the top ten in the world. On December 21, 1977, a rural woman in Changlin Village, Linyi County, Shandong Province discovered the largest â€œChanglin Diamondâ€ in China today. It weighed 158.786 carats (slightly larger than the average walnut) and is now stored in the Peopleâ€™s Bank of China. In the national treasury. There are 4 diamonds found in China above 100 carats, all of which were discovered in Shandong. The largest diamond discovered in China weighs 1.4 two, equivalent to 218.65 carats. It was produced in Shandong Province on the banks of the Weihe River in 1936. The diamond is crystal clear and golden, and is named "Golden Chicken" diamond. However, during the Second World War, the Japanese troops who were invaded by China were taken away and their whereabouts are still unknown. In August 1981, it was discovered that "Chen Yu No. 1" weighed 124.27 carats;

The beginning of the diamond - India

The history of diamonds originated in India. Before the seventeenth century, although early Borneo also produced diamonds, it was said that India was the only place where diamonds were produced at that time because of the small amount of production. The ancient Indians divided the diamond color into four grades. This is a unique caste system in India, which is a division of Indian status and identity: a colorless diamond called Brahman; a light red diamond called For the "Kuan Di Li"; light green diamonds are called "squats"; gray diamonds are called "shoudala". In the literature of the fourth century BC, there have been descriptions and records of diamonds. Archaeological studies have found that Indians used diamonds as a tool in the fourth century BC to sculpt beads of other gems. The Indians at the time knew that when the two diamonds touched each other, some of the diamonds would split or even collapse, which was the beginning of the diamond processing. In the eyes of Indians, everything in the world has a "mystery of life". Legend has it that the predecessor of diamonds was a brave king named Bara. He was not only born pure, but his life was also bright and upright when he was After the burning of the altar of God, his bones became the seeds of a pair of diamonds, and all the gods came to rob them. When they hurriedly fled, they sprinkled some seeds from the sky. These seeds are hidden in mountains, forests, rivers. Hard, transparent diamond in the middle.

Diamond Road - from India to the Mediterranean

Like the "Silk Road" that ancient China led to the West, the connection between ancient India and the West was the "Diamond Road." The Diamond Road is actually composed of two routes, one is land, from India through today's two Iran, Turkey to Rome; the second is the waterway, across the Indian Ocean, through the Islamic holy city of Mecca, from the southern port of the Mediterranean, Egypt, Alexandria The Mediterranean arrived in Rome. The diamonds that appeared in the Roman Empire from the 1st to the 3rd century AD were shipped from India through these two â€œDiamond Roadsâ€. It is conceivable that the best diamonds must first be owned by the kings of India, followed by the rulers of the countries along the way. When they reach the end, the remaining diamonds are few.

After the third century AD, diamonds disappeared in the Mediterranean region for about a thousand years. One of the main reasons was that with the decline of the Roman Empire, the Persian Empire rose between India and the Mediterranean. It replaced the Roman Empire and became the main absorber of Indian diamonds. In addition, along with the rise of the Roman Empire, there was the rise of Christianity. Since most of the previous diamonds were associated with pagan superstitions, the Christians who had just converted to Christianity were less interested in diamonds.

1. When King Louis IX (1214-1270) was in office, he issued a decree law, stipulating that only the king can own diamonds, and women are not allowed to wear diamonds. Less than two hundred years later, the first time in 1987, the mistress of Cha VII violated the statute of Louis IX and repeatedly attracted attention in the court social scene with diamonds on his jewelry. This made the diamonds more attractive in the minds of Europeans at the time, especially in the eyes of women.

In 2.1477, Austrian Maximilian I received a letter from the princess before deciding with Princess Mary of Burgundy in France. The text reads: On the date of the dear, the princess must wear a ring with diamonds. Thus, the first wedding diamond ring in the history of writing was put on Mary's finger. The diamond ring has since become the supreme token of love for lovers.

In 3.1499, the Portuguese navigator Da Gama first bypassed the Cape of Good Hope in southern Africa and opened up a maritime trade route from Europe to Asia. As a result, Europeans were able to avoid the monopoly of the Arab trade in the Middle East on diamond trade, and diamonds from India were able to appear in large numbers in Europe. In addition to the above factors, the real thing that true diamonds have in Europe is that diamond cutting technology was first developed in Europe. Venice is an important trading port between Europe and the East. Diamonds are back in Europe in the 14th century. It was once the earliest diamond cutting center in Europe. However, its status was quickly replaced by Antwerp and soon became an international diamond cutting center. By the end of the fifteenth century, the diamond cutters in Antwerp had begun to polish the surface of the diamond with a metal plate coated with fine-grained diamonds; by the seventeenth century, the cutters had been able to cut the diamonds on the diamonds. In the eighteenth century, the technique of opening the diamond was mastered. As diamond cutting technology is becoming more and more perfect in Europe, Europeans are increasingly interested in diamonds, and Amsterdam and London have also become important diamond processing centers. 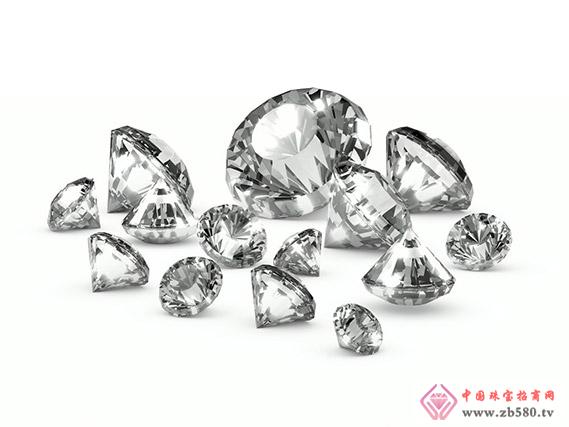