The most fascinating, famous and legendary red spinel in the world is the â€œImmur Rubyâ€. The gemstone weighs 361 carats and is produced in Afghanistan. It is dark red in color and has no cut surface. It has only a natural polished surface and almost no luster, thus showing the natural beauty of the gem. Some people refer to this gem as the "world tribute" of the East. 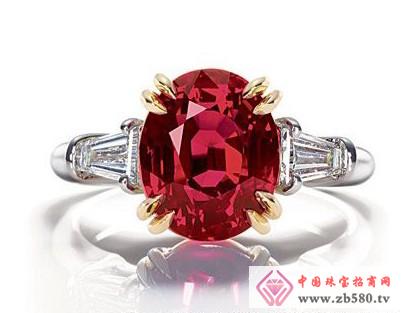 From the mark of the owner inscribed on the stone, it is known that this gem has fallen into the hands of the conquerors. Timur conquered Delhi in 1398 and got the gem.

In 1612, the gem was attributed to the British royal family. In 1851, this jewel was exhibited together with several other smaller gems in the World Exhibition and was recorded in the official list as "Great Spinel Ruby". It was later given to Queen Victoria and kept in the Indian gallery at Buckingham Palace in London, England.